A Tribute to the Boston Marathon 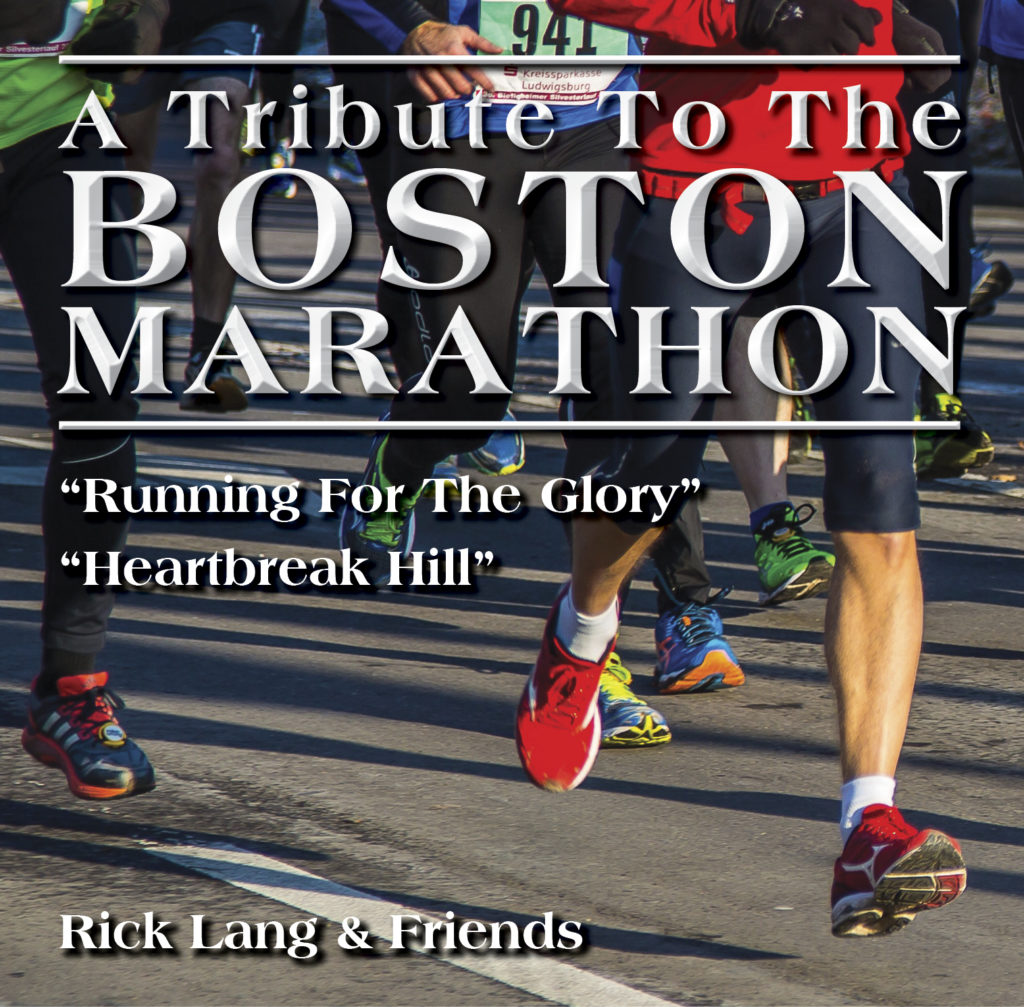 Back when the Boston Marathon celebrated its 100th anniversary, I wrote two songs to celebrate this historic event: “Running For The Glory” and “Heartbreak Hill”. I subsequently recorded both with my very talented music friends Bob Dick, Dave Dick, Roger Williams, and Karen Lincoln. Both songs received local radio airplay that year, and “Running For The Glory” was featured in a TV broadcast on a major network the day of event.

Fast forward 23 years later, I decided to re-release updated versions of the two songs hoping radio programmers would play them in conjunction with this year’s running of the Boston Marathon.

“Running For The Glory” was recorded with acoustic instruments in a Bluegrass/Folk setting. “Heartbreak Hill” done with more of an electric guitar/Country Music styling. Both songs have been digitally remastered by Bob Dick, who engineered and produced the project, and sound better than ever.

“An area songwriter, I have been writing, performing and recording my original music for over 30 years to this point. I write about things that resonate with me, and hope will resonate with others as well. Born and raised in New England I gained an interest in the Boston Marathon and its storied history. I spent an entire summer researching and writing these songs. It is my hope that they might be played each and every year in conjunction with the running of the Boston Marathon.”

“Rick Lang is a most wanted songwriter. He is gifted with the talent of weaving a strong story with music that is memorable, and in demand from many top-notch artists in Bluegrass and Gospel Music”
-Jim Snavely, WBTX, Broadway, Virginia

“Rick is a master songwriter and storyteller who simply has a remarkable gift of his craft. His songs stir the soul and unlock simple truths. The way all great songwriters do. His projects are always beautifully recorded and arranged, typically, bringing in the musician’s musicians to take his songs soaring to another level.”
– Bryan Klausing
Acoustic Rainbow – Poetman Records

“Rick is one of the finest songwriters in our musical community. He always renders songs he feels and doesn’t compromise his values just to fit into some predetermined model that others might have found successful.’
– Bob Webster, Radio Host

“As I have said before, Rick Lang is one of New England’s finest writers. He really knows how to paint a picture with every song he writes. This two- song project is no exception. Thank you Rick for another great creation!
– Jean Johnson | Radio DJ