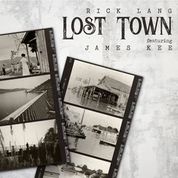 I’m beyond excited to announce the release of LOST TOWN, the first single from my new story song album “A Tale To Tell”. Stephen Mougin and I have been planning this recording since 2014, and will be releasing on his Dark Shadow Recording label. The full album will be coming out next fall.
The song itself tells the heartbreaking story of the small town of Dana Massachusetts, which was one of four towns that had to be removed to build the Quabbin Reservoir. I was introduced to the story by good friends Bob & Krissy Dick about 12 years ago, when took my wife and I on a trip to where the story actually took place.

Story Backdrop
In the early 1900’s the City of Boston MA needed a larger water supply due to its population growth. It was decided that an area in Western MA known as the Quabbin was the ideal location. For that to happen, four existing towns would have to be torn down and removed. All the residents, many of whom had lived there for several generations, would be forced to leave with all their belongings, never to return. I ran across some transcripts of one of the town’s residents whose last name was Doubleday. The song is based of his recollections of this life changing event.

Downloads are available for purchase at darkshadowrecording