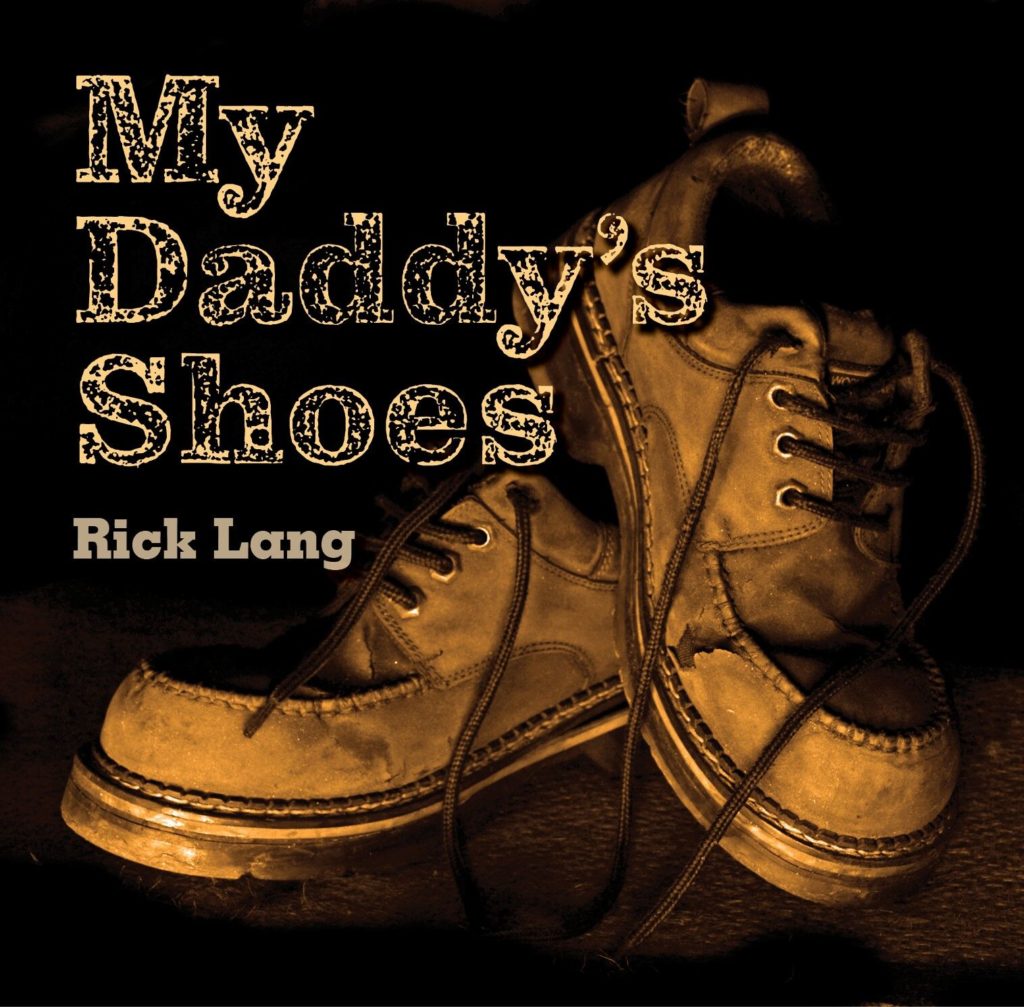 I’m beyond thrilled to announce the release of a new single “My Daddy’s Shoes” on RLM Records. It’s a song I wrote to honor Fathers Day, and is based on my relationship with my dad who tragically passed away in 1989. It took me nearly 30 years to come up with the words to properly pay tribute to my dads life in song. When I was just a boy I would sneak into dads bedroom while he was at work, slip into a pair of his shoes, and walk around in them for hours at a time. I also used to put on some of his clothes and pretend I was him for a while. It was a sight to see! When we were young my dad held down two full time jobs, worked 7 days a week, to try & provide for our large family of 6. He also contributed a great deal to the betterment of our community in what little spare time he had. Dad was always there to lend a hand when someone was in need, and was known far and wide. Though not rich in material wealth, dad was rich with the many friends he made during his lifetime

In the writing of this song I attempted to pay tribute to my dad and what he stood for. I know I could never fill his shoes, but have tried hard to follow the example he set. It is my hope that “My Daddy’s Shoes” resonates with all those who hear it, and that the song adds additional meaning to the Father’s Day Tradition.

“This is a really cool song by Rick Lang about trying to fill your Dad’s shoes, delivered with conviction in a modern acoustic country style by Troy Engle. Rick is a relentless writer, always ready to write and push his craft forward.  It’s a pleasure to call him a friend.”
– Tim Stafford

“As we approach Father’s Day, I cannot think of a better tribute to one’s dad, than composing a piece of music to honor him. I didn’t know Rick’s pop but listening to this emotional song, I feel like I do now. What an incredible, heartfelt ode.

It moved me to tears, as it brought back memories of my own father & how I tried many times to fill his shoes (a task for me and I would wager for most of us), that cannot be done.

Rick, I know your dad would be so proud of this wonderfully crafted song. Thank you for sharing it with me my friend… Happy Father’s Day.”
– Larry Cordle …April 15, 2019, Nashville, TN

“The love behind the words from Rick Lang’s pen are clearly evident, and invoke the inevitable smiles and tears while remembering my own monumental efforts to fill “My Daddy’s Shoes”… beautiful song.”
– Carl Jackson-

“Over the years one begins to realize our dad’s knew more than we thought they did. This beautiful new song “My Daddy’s Shoes” by Rick Lang puts it all in perspective and renews the memories of the love that father’s give to each of us.”
– Jim Fisher Acoustic Crossings WGCS