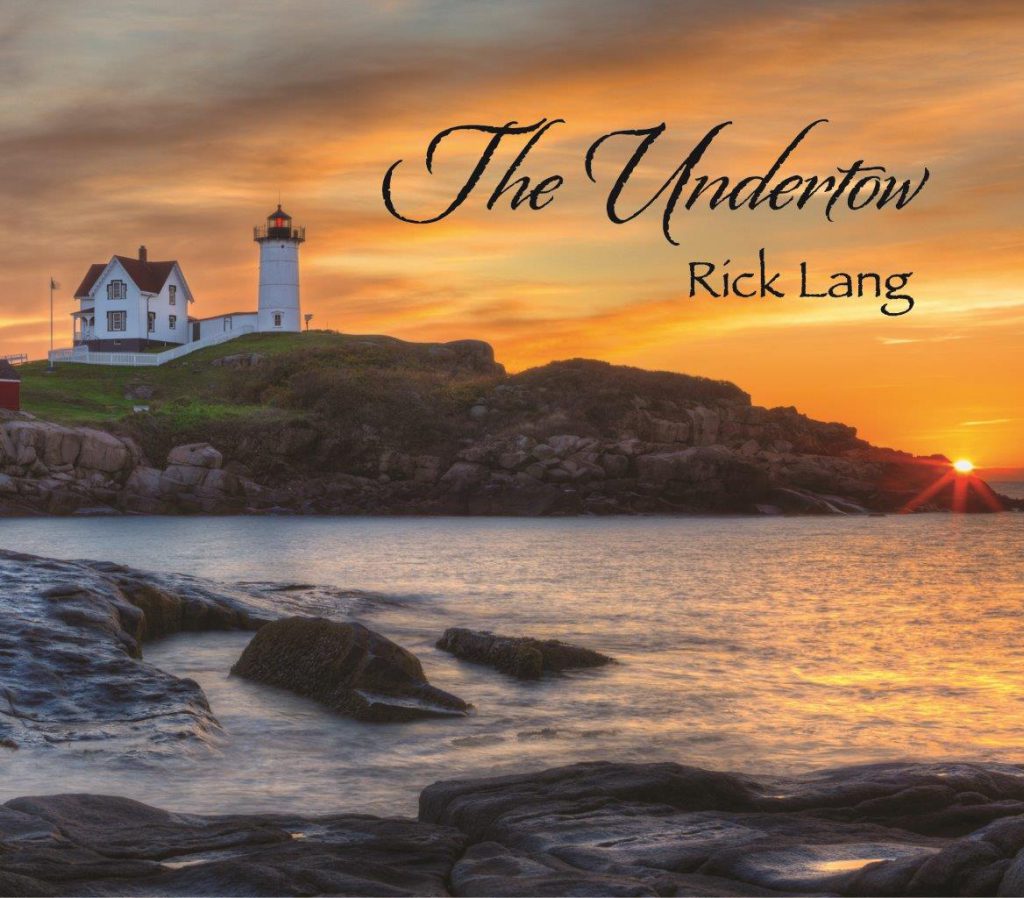 Soundbites Liner Notes About the Songs The Undertow Performer Credits

“Rick Lang is an excellent songwriter. His material has been covered by such groups as the Lonesome River Band, 111rd Tyme Out, Front Range, Paul Adkins & The Borderline Band, and Southern Rail. As a song-crafter, Lang puts a lot of thought into each song’s melody, lyrics & feeling. Some of his previous projects (like “The Season Of My Heart”) have been thematic, and “The Undertow” offers many poignant messages connected to the ocean. To masterfully create a scenic environment for the topic of each song, Rick uses a multi-genre Americana approach that draws upon elements of roots, folk and bluegrass. Rick’s music sparkles, and it always brightens the day.

I was very pleased by the way Rick produced a concept album with such an eclectic variety of elements from various genres. A sailor’s life is one of long days, adventure, toils, danger and strife. Some of Rick Lang’s songs like “Widow’s Walk” are ballads with poignant story lines and evocative messages. Every song on “The Undertow” builds strong analogies between shipwrecks, lights, dreams, waves and treasures to similar challenges we all face ourselves. Rick Lang’s songs are music like tidal waters that represent the currents of life.” (Joe Ross, Roots Music Report)
Written by Joe Ross
January 31st, 2018
4 stars (rating)

“As a lover of roots music and the mighty ocean, I am enchanted with this new collection of songs written by my friend Rick Lang. The pictures he paints of coastal living and its characters – and their adventures on the mighty seas – will take you on an enjoyable trip to the Northern Atlantic shore. Do yourself a favor and get lost in The Undertow.”
Jerry Salley

“I can almost smell the salt sea tang of a sunny costal New England fall day as I listen to this lovely collection of songs from a great writer and friend.  Kudos to you, Rick Lang and company, for gifting us listeners with another fine album!”
Becky Buller

“Rick Lang…in my opinion, could be known as one of the best story tellers of our time, especially here on his new project The Undertow.  I think you will agree after you listen to it.   Knowing Rick personally and professionally as a song writer, Christian brother, and friend… he once again proves his God given talents through his experiences and life stories,  as well as his vivid imagination.  I ‘m almost certain that  you will agree and find yourself lost in these stories as you listen to this collection of songs.  You place us there with your songs Rick.  Way to go buddy!  This is a great project and I would not have expected anything less. Lord Bless Ya!”
Mike Scott

“Rick Lang writes on the opening page of his website “Songwriting is my passion, my lifeblood, something I can’t live without. I write when I am inspired, emotionally charged. Mostly about people, places, events in my own life or others.”And he has certainly done that with his project “The Undertow”. This is not the first CD that Rick has produced of his own songwriting, but this one really hits home for me, as I live on the coast of Maine. And he has captured so many of my personal feelings and experiences of living on the coast of Maine.

I feel that anyone who has spent any time on the coast of Maine will be drawn into the songs that Rick has crafted from his own life-long various experiences on the coast. From the sandy beaches of southern Maine, to the rocky coast of Downeast Maine.
All in all, this album is a wonderful mix of folk and bluegrass songs about various aspects of being out on the ocean and also spending time on the shore. You can be sure this album will be in my CD player very often.”
Darwin Davidson, Host of Bronzewound, WERU Community Radio

“Rick is one of the finest songwriters in our musical community. He always renders songs he feels and doesn’t compromise his values just to fit into some predetermined model that others might have found successful. In “The Undertow,” Rick delivers a dozen songs, many of which take the listener to thoughts of the sea. As you listen you may be transported to memories of your childhood or your current station in life as you ponder what lies ahead. Either way, you’ll appreciate Rick’s observations on life’s journeys and give you pause to thing about things from a different perspective.”
Bob Webster
Host, Bluegrass for Lunch
Rockingham County Radio; www.RCR24.com
Facebook.com/Bluegrass for Lunch

“As the album title suggests, “The Undertow” posesses a natural force that can sweep you away, but there’s nothing to fear from this collection of ballads that swell with the tide of life on the New England coast. Each song is a poignant story. Each story has its own memorable score. With keen songwriting, endearing vocals and flawless musicianship, the album ticks off all the boxes of what constitutes a classic.”
Rick Broussard, Editor of New Hampshire Magazine

“A heartfelt collection of Rick Lang originals about the Northeast sea coast, presented by authentic New England musicians, as only they could!”
Stephen Mougin
Dark Shadow Recording

“We have been fortunate enough to follow Rick’s artistic journey through his last several projects. Rick is a master songwriter and storyteller who simply has a remarkable gift of his craft. His songs stir the soul and unlock simple truths. The way all great songwriters do. His projects are always beautifully recorded and arranged, typically, bringing in the musician’s musicians to take his songs soaring to another level. On his new project, ‘The Undertow’, Rick has released a folk roots masterwork.  It’s a concept album of songs connected to the ocean & sea that are woven together like a fine tapestry. The inspiration comes from Rick’s own life’s experience, family ancestry, and real life stories but it’s message is universal.  Like when the young boy holds up the shell to his ear in the heart tugging acoustic track “Treasures in the Sand”. Like the ocean, the songs can be vast and mysterious like “Keep the Lights Burning Abby” or “Shipwreck of Love” or the more intimate and familiar like the bluegrass flavored “Massachusetts Turnpike”. The fun is discovering all the little threads that are interwoven throughout the entire project that can only be discovered by each repeated listen.”
Bryan Klausing
Acoustic Rainbow – Poetman Records

“Rick has created another fine music product – perhaps his best. The songs have lyrics related to the ocean or sea and those settings that allow one to ponder life and how we make choices that determine our paths. This is one enjoyable album that will entice you relax and think about life.”
Bob Webster
Host, Bluegrass for Lunch
Rockingham County Radio; www.RCR24.com
Facebook.com/Bluegrass for Lunch